A total of 49 wines from the Roussillon Wines won with medals including 22 wines on the Chinese market!

After a breathtaking suspense and four successful decentralised editions, the last stage of the Grenaches du Monde 2021 took place on Tuesday in Ascoli Piceno, in the Italian Marches. This tasting concluded this hedonistic marathon that traversed the Grenache vineyards of Cebreros (Spain), Châteauneuf du Pape and Perpignan (France), and Ascoli Piceno (Italy). The results are online on grenachesdumonde.com!

The 4 tastings organised in partnership with the DOP Cebreros in Spain, the AOP Châteauneuf du Pape, the Interprofession des Vins du Roussillon, and the commune of Ascoli Piceno in the Marche region of Italy, took place as planned. Experienced tasters were able to discover the diversity offered by the grape variety and evaluate the quality of the wines entered in this year’s competition. All professions were represented: journalists, sommeliers, buyers, distributors, and oenologists.

This decentralisation of the competition is an audacious but also ingenious challenge which, while respecting the sanitary protocoles of social distancing, was able to symbolically bring together four emblematic terroirs of the Grenache grape. The more than 300 award-winning wines illustrate the upmarket nature of the wines presented and make up a palette of territories that is an invitation to travel through these terroirs that have Grenache in common.

Grenaches du Monde is an annual competition open to all wines made predominantly from Grenache grapes, without restriction of colour, origin, or nationality. This travelling event has a clear international vocation, and the ambition to discover the singularities and diversity inherent in the grape variety.

Covering 192,455 hectares of vines, grenache ranks seventh among the most planted grape varieties in the world. Emblematic of Mediterranean countries, it ranks third in Europe with 178,628 hectares, or 93% of the world’s surface area. France, Spain, and Italy are the top three producing countries, but grenache is very popular all over the world: North and South Africa, Australia, North and South America, Croatia, Greece, Lebanon, etc. 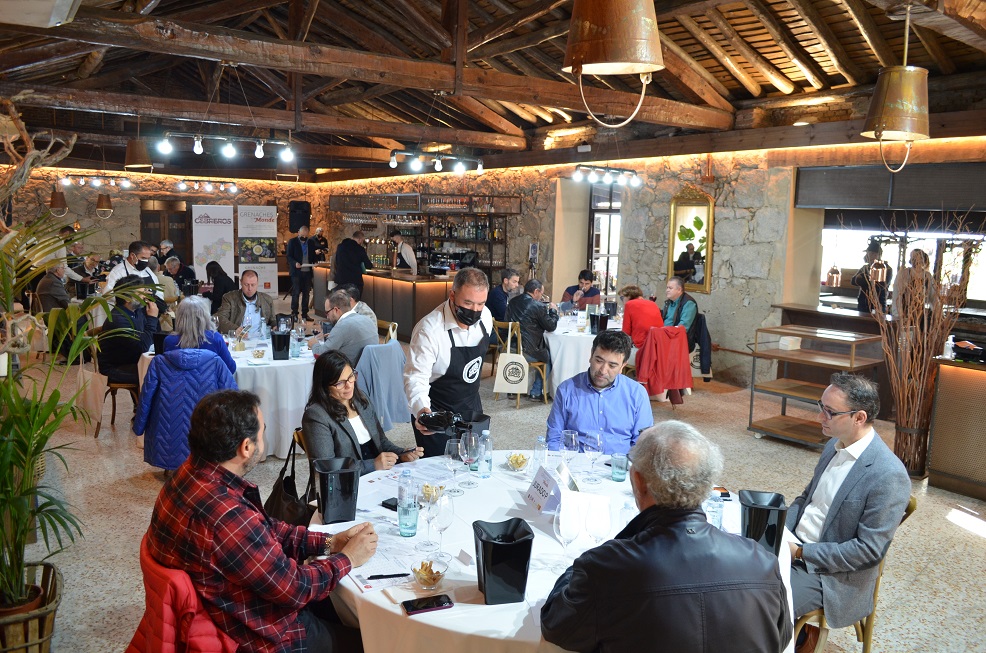 The first step took place in the young DOP Cebreros on May 10, 2021, this appellation is located in the heart of the Iberian Peninsula, about 100 km from Madrid in the province of Ávila (Castilla y León): it is a territory shaped by the mountains of the Sierra de Gredos and old vines of Grenache Noir and Albillo Real (read more). 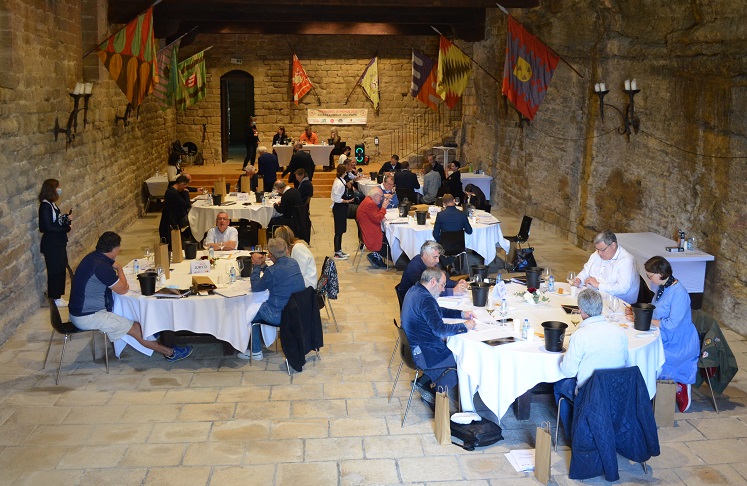 Châteauneuf du Pape was the next step, on May 14, 2021. Since 1936, this appellation has been producing white and red wines of great renown. Power, concentration but also finesse in a privileged environment, where the sun and the wind play a fundamental role in the qualitative expression of the Grenache… and of its blending companions (read more). 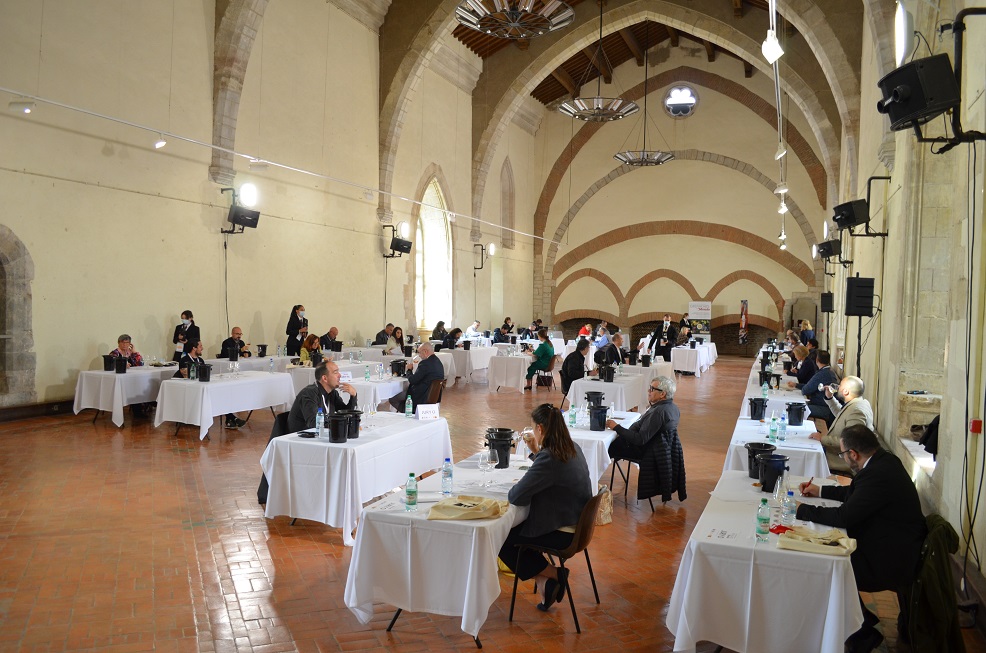 The competition then moved on to Perpignan on May 17, 2021. Between the sea and the mountains, the Roussillon is a territory with an extremely varied relief and a sunny and warm climate, favourable to the growing of Grenache. A genuine amphitheatre opening onto the Mediterranean Sea to the east, it is bordered by three massifs: the Corbières to the north, the Pyrenees with Mount Canigou to the west and the Albères to the south. The Roussillon is rich in the diversity of its terroirs as shown by its 14 AOP and 2 IGP wines (read more). 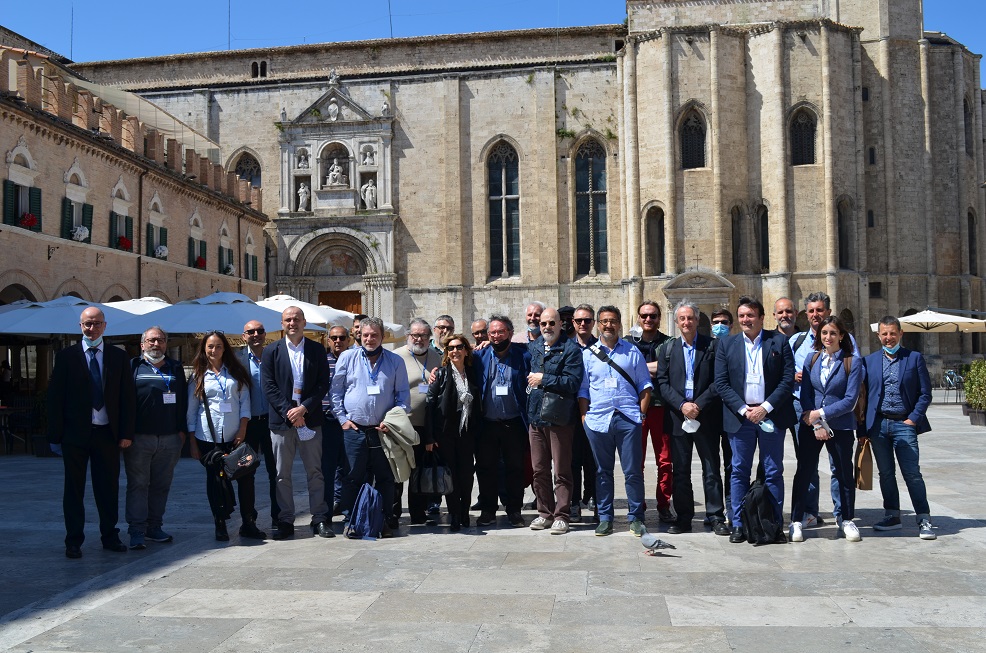 Finally, the finishing line was crossed on June 1, 2021, in Ascoli Piceno, capital of the Italian Marches. The Piceno is a territory that holds many surprises, starting with its geographical composition, which is characterised by the presence of hills, mountainous areas and a small plain bathed by the Adriatic Sea. A local grape variety belonging to the Grenache family has just been rediscovered and produces extraordinary wines (read more).

About Varietals Grenache in Roussillon. Grenache is a staple varietal in the vineyards of Roussillon. Originally, only Grenache noir was grown but gradually Grenache gris and Grenache blanc developed with improvement and innovation of cultivation technology as well the fourth grape variety, derived from Grenache noir – Lledoner Pelut. The variety now accounts for approximately 31% of the region’s area under vine. The rich variety of Grenache has laid a solid foundation for the diverse wines in the Roussillon production area. Grenache noir is currently used to produce 4 dessert wines along with 9 dry appellation wines and 2 PGIs.

About the Grenaches du Monde: Created in 2013 by the Interprofessional Council of Roussillon Wines (CIVR) in Perpignan, the Grenaches du Monde competition becomes itinerant in 2016 with its first edition relocated to Aragon (Campo de Borja), then to Sardinia (2017) and Catalonia (Terra Alta, 2018). The Competition returns to Perpignan in 2019, and the following year it resumes its journey to Montpellier in partnership with Vins de Pays d’Oc, the world’s leading producer of rosé grenache wines.

The next edition of the competition will take place in spring 2022, in New York (USA) thanks to the collaboration between the European Union, the Conseil interprofessionnel des vins du Roussillon and the association Garnacha Origen: “After visiting a large number of Grenache growing areas, it is time for us to conquer the world’s largest consumer market,” concludes Fabrice Rieu, the Competition’s president.