This year marks the 50th anniversary of the establishment of the Collioure Red” appellation! Collioure is the first dry wine producing area in the Roussillon to recognized as AOP. To this day, The Collioure appellation has not look a day older and still fulling of vitality. In addition to red wines, there are also white wines and rosé wines to choose from. At the 50th anniversary, the celebration atmosphere makes the production area fulling of liveness! 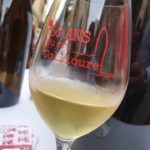 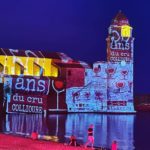 To celebrate this dynamic and constantly evolving appellation, celebration activity held in Collioure, the winegrowers of the Collioure appellation have imagined a weekend out of time. All lovers of wine and the great outdoors were invited. On the program are meetings with local winegrowers and restaurateurs, wine tastings, musical hikes in the vineyards but also gourmet and musical strolls in the streets of the village. In the melodious music, everyone chatted happily, strolled in the vineyards together, and felt the distinctive features and terroir of Collioure. Enjoying local specialties, while savouring the fragrance of wine. 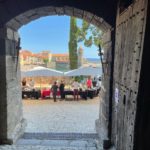 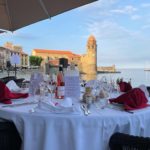 On December 2, 1971, carried by Doctor André Parcé, a visionary man and President of the Syndicat du Cru, the Collioure Red appellation was born as one of the oldest vineyards in France. 1971 became an important first year for Roussillon dry wines to be recognized. As early as the 7th century, ancient authors described the Collioure region. The terroir here is the inheritance of ancient traditions and maintains a consistency of productions. After years of infiltration and the meticulous care of the local people, the terroir features have become more distinctive, and the wines produced are strong and thick, with elegant flavours. 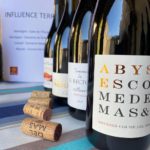 Just as the fertile land has nurtured numerous fruits, the profound cultural combination of the Collioure region and the unique geographical environment have produced wines with amazing taste. The Collioure vineyard is set in terraces, bathed in the scenery of the Mediterranean climate and the nourishment of the Tramontana.

The Mediterranean climate, which is hot and dry in summer and mild and rainless in winter, is a natural barrier to effectively resist pests and diseases, and makes the grapes plump and juicy, sweet and delicious. The wine made from this material is rich in colour and tastes better and is exported to all over the world.

Collioure produces red, white wine and rosé wine. The grapes that used in Collioure red wines and rosé wines: Grenache noir, Carignan, Syrah and Mourvèdre. In white, we find Grenache grey and white, Tourbat, Macabeu and Vermentino. There are currently 45 independent winegrowers and 3 cooperative cellars produce in Collioure, around 15,000 hectoliters each year, almost 60% of which is red.