In early spring more and more winegrowers sow confusion (sexual) in their vines: using pheromone capsules they lure devastating butterflies to prevent their reproduction. A proven alternative to pesticides. 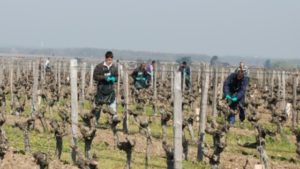 Sexual confusion is a technique for controlling parasites, especially insects, by disrupting their reproductive hormonal system.

The winegrowers thus protect the vines from what are called the larvae of the cluster or worms of the cluster. This sexual confusion occurs by using synthetic pheromones reproducing the hormonal scent of females. This is to saturate an area with female pheromones, where it will be more difficult for the males to find the females to mate. This limits the production of eggs, thus larvae that cause direct damage (consumption of flower buds) or indirect (injuries that are as many entry doors for secondary parasites)….

In order to obtain good results, the confusion must be implemented on a minimum area of 5-10 ha of vineyard of a homogeneous block. This constraint requires the consultation and agreement of all winegrowers in the area to be protected.

Euremo and cochylis are among the most harmful pests in the cluster. Both species have several breeding cycles per year. Damage from the first generation is generally considered negligible. The caterpillars of this first generation will turn into chrysalis to give the butterflies of the second generation. On the other hand, the second and third generations of caterpillars are formidable: they perforate the grains, causing wounds that cause the flow of sweet juice, promotes the installation of rot. 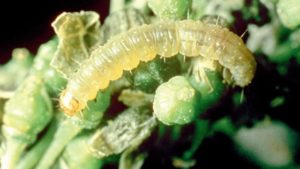 The idea is to prevent coupling

The control by sexual confusion consists in depositing in the plots of vine of diffusers of synthetic pheromones intended to disturb the sexual activity of the insects.

Pheromones are fragrant messages that female butterflies emit to attract males. The diffusers placed in the vine emit similar synthetic pheromones, which, by their concentration in the air, will disorient the males. The latter are no longer able to locate the females and therefore cannot mate. This technique makes it possible to significantly reduce the level of populations in the medium and long term. And thus to prevent damage on the clusters.

Pheromones are specific to each pest. They preserve useful auxiliary wildlife.

Sexual confusion must be managed on a micro-regional scale. For the synthetic pheromone cloud to be fully effective, the treated surfaces must be homogeneous and exceed 5 ha. The installation of the diffusers is done once a year on the entire area to be protected. 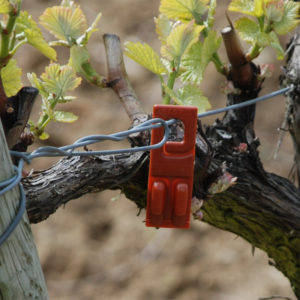 A growing method in Europe

The insecticide control by sexual confusion is a future path for the protection of vineyards against the pests of the cluster. Several European countries have already adopted it successfully. In France more than 36,000 hectares of vines are “muddled” to date. A method adopted by many winemakers of Roussillon