A smaller vintage of very good quality where patience and timely pickings made all the difference.

Roussillon’s terroir was France’s most precocious this year. Due to the exceptionally hot weather, harvesting begun earlier than usual with the first pickings recorded as early as August 3. This year again, it was small grain muscat which made up for its diminutive size by being the first varietal ripe and ready for picking. 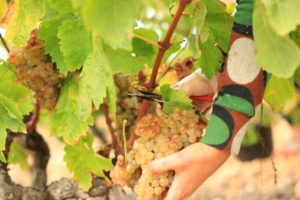 The intense heat in Roussillon meant early flowering, maturing, and harvesting. In most cases, it also meant a lower yield as vines had to work hard to find and retain moisture. The good sanitary state of the vineyards however seemed to indicate a promising vintage in spite of the challenges faced across the end of June and July.

From the off, all parameters were met for a great 2022 vintage in Roussillon. Abundant September rains meant adequate water reserves for vines. May and June’s ideal temperatures allowed ample vegetative growth. Roussillon was spared the frosts which so adversely affected other French regions and enjoyed a good winter and spring season. Flowering started mid-May, about 10 days earlier than normal, with healthy bud burst and good fruit set across all varietals.

Late spring however brought the first heat wave with temperatures rising rapidly. Roussillon recorded unusually hot winds, on a scale only seen every 15 years. Heat and humidity alternated in the last week of June but the drying Tramontana wind helped keep vines disease-free.

The very end of June marked the beginning of a challenging month for Roussillon. The Syndicat des Crus requested the authorisation of irrigating vineyards. This was granted by the INAO, in view of the extreme draught conditions. Garrigue fires started on June 29 reaching some vines planted at the edge of woodlands.

If Roussillon vineyards suffered from these sustained heat and draught conditions it is clear however that they managed to cope well overall. Half-way through harvest, early indications showed that grapes, although smaller, were in perfect condition and producers anticipated a smaller harvest of overall good quality for the 2022 vintage.

Volumes were down 20% on normal years, resulting in a harvest more or less equal in size to that of 2021. Quality was good overall with beautiful aromatics for whites and rosés, as well as for the reds. 2022 will be a classic year for Roussillon’s Vins Doux Naturels (fortified sweet wines). 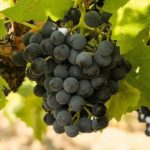 Described as a ‘millésime de vignerons’, the 2022 vintage required constant attention and the careful management of the vineyard block by block. Large temperature variations around the time of harvest, with temperatures rising or dropping quickly over short periods of time, could have a dramatic effect on ripeness, alcohol and acidity levels.

Producers who were best prepared and equipped to respond quickly to changing parameters – and who had the resources to pick quickly at precisely the right time were rewarded with perfect grapes and the potential for an outstanding, and in some cases unequalled for several producers, vintage.