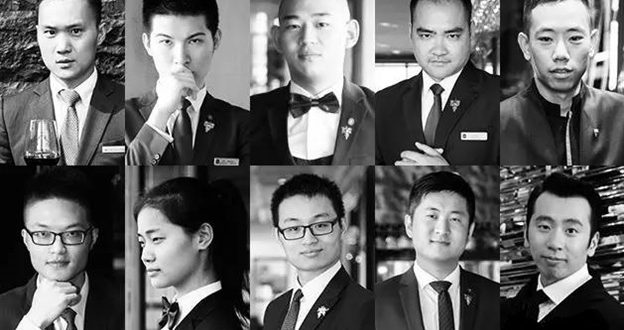 The month of September will be the scenery of the 2 most important events for the Chinese sommeliers.

1st stop in Shanghai at Langham hotel for the 8th China sommelier competition.

Who will be the star of Chinese sommeliers in 2016 among these 10 candidates:

The result will come out on September 6th …

But if we don’t know the result, we know already the prestigious price which will be offered to the winner. As main sponsor the Roussillon wines will be happy to invite the winner for an unforgettable travel to south of France to discover the Roussillon vineyard during a full week including travel, accommodation, wineries tour, lunches and dinners in the best restaurants of the region.

2nd stop in Ningxia, the future of wine in China, with the 5th Young Chinese sommeliers competition by team, on September 9th.

This 2nd famous competition, initiated in 2011 will identify the future talents among young sommeliers. This competition will reward a team, this is the main characteristic, which teach to these young sommeliers the team spirit. This competition is organized by the Asia Wine Institute as for the main competition in Shanghai. 20 teams of 4 members (trained by a senior coach) have been selected during 5 regional finals, which took place at the beginning of August in Beijing, Tianjin, Chengdu, Shanghai and Guangzhou.

The result will come out on September 9th … These 2 finals are an outcome for the Roussillon wines which support these 2 competitions in their preparations and in their selections, thanks to the numerous supports of Roussillon wine importers by providing wine samples, as…

Eric Aracil, Export Manager of Roussillon Wines Council, will travel to China to take part actively in these 2 finals as judge for the 2nd time, and he is already very excited to reward the winners.